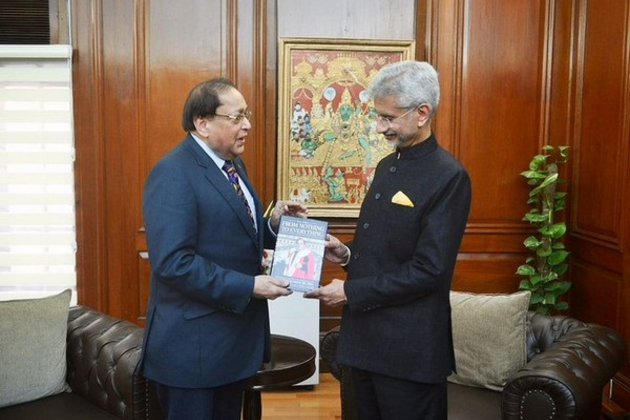 Lord Rami Ranger, a businessman and philanthropist, is the chairman of the UK-based company Sun Mark Limited. His name is Raminder Singh Ranger.

"Good to catch up with Lord Rami Ranger this afternoon. Appreciate his insights on India-UK relations and his consistent support for their development," Jaishankar said.

India and UK are engaged in negotiations for a Free Trade Agreement.

"By 2050, the Indo-Pacific will deliver over half of global growth compared with just a quarter from Europe and North America combined. That's why we're joining the Trans-Pacific trade deal, the CPTP, delivering a new FTA with India and pursuing one with Indonesia," Sunak said in his address at the Lord Mayor's Banquet at London's Guildhall. (ANI)