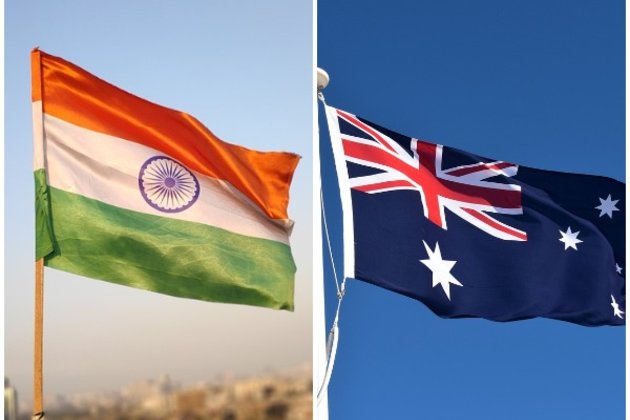 By Ayushi AgarwalNew Delhi [India] November 30 (ANI): Calling the trade deal between India and Australia "important" and "an overdue recognition" of the relations between the two countries, an Australian expert has said that it will bring the two countries together by opening up trade in agriculture and other strategic areas like critical minerals.

"This is an overdue recognition of the important relationship between India and Australia. It will bring both countries closer together by opening up trade in agriculture and food, as well as important strategic areas like critical minerals. This is also a signal to the Indian and Australian tech sectors that have many shared interests. One is in the development of blockchain technologies," Harry Rolf, Expert, Tech Policy Design Centre, in the Australia National University, told ANI on the sidelines of Global Tech Summit here.

"A new report by our Centre in partnership with the Centre for Communication Governance at the National Law University Delhi (CCG-NLU) has found that there is significant overlap and opportunity in the development of this technology in each country and in its use - one of the most significant areas is in agriculture and supply chains, to ensure quality, trust and resilience," he added.

Australia's High Commissioner to India Barry O'Farrell on Wednesday announced that the Australia-India Economic Cooperation and Trade Agreement (ECTA) will enter into force on December 29.

"The date is set! The Australia-India Economic Cooperation and Trade Agreement will enter into force on December 29, delivering new market access opportunities for both countries and securing the friendship in the decades to come," Ambassador O'Farrell tweeted.

The announcement comes a week after the Australian Parliament cleared FTA with India.

Stating that India's tech initiatives like Cowin and UPI are significant developments that have had a real transformative impact, Harry Rolf said these are not just for India but have a global impact.

"The embedding of principles, including open source and public good in this tech is something that Australia can learn from in the development of public technologies to solve challenges of inclusion and access to government services," he added.

Lauding the Global Tech Summit, he said it will be an additional challenge in the G20 presidency to lead a mature and nuanced conversation on technology in the current geopolitical circumstances.

The Seventh edition of Global Technology Summit will continue till December 1.

The Summit is India's annual event on Geotechnology and is co-hosted by the Ministry of External Affairs and Carnegie India. The theme for this year's Summit is 'Geopolitics of Technology'. (ANI)