Kiev reacts to redacted EU assessment of its casualties 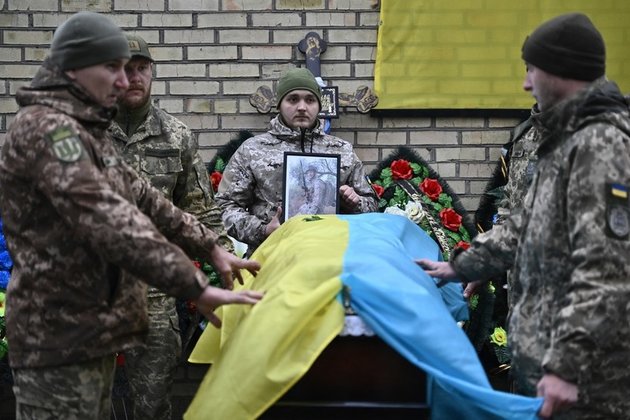 The number of killed troops is 'sensitive? and up for President Vladimir Zelensky to voice, his spokesman told media

A claim that Ukraine has lost more than 100,000 personnel in the conflict with Russia has been deleted from the Twitter account of European Commission President Ursula von der Leyen.

Kiev had objected to the figure, saying it was up to President Vladimir Zelensky and top Ukrainian officials to voice such numbers.

Zelensky's spokesman, Sergey Nikoforov, told Ukrainian media on Wednesday that such "sensitive" information should only be made public by the country's top military commander General Valery Zaluzhny, Defense Minister Aleksey Reznikov, or the president himself.

Earlier in the day, the head of the EU executive branch cited an assessment that more than 100,000 Ukrainian troops and over 20,000 civilians have been killed in the conflict with Russia. The video statement has since been pulled from her Twitter account and replaced with a new version, which omitted the figures. Von der Leyen did not identify the source of the assessment.

Earlier in the month, US General Mark Milley, who serves as the chairman of the Joint Chiefs of Staff, said that over 100,000 soldiers may have been killed and wounded on each side of the conflict, with 40,000 civilians killed as collateral damage.

Milley, speaking at the Economic Club of New York, said that the winter season would cause hostilities to go "static" and open "a window of opportunity" for negotiations. The call for diplomacy reportedly outraged officials in Kiev, who pledged to continue fighting against Russia until it fully regains pre-2014 positions.

In her Wednesday address, von der Leyen urged the UN to convene a special tribunal to try Russia for its alleged crimes against Ukraine.

The Commission chief also shared the EU's plans to invest seized Russian national reserves and "oligarch" money for profit that would later be used to rebuild Ukraine. She estimated Ukraine's damage at €600 billion ($621bn) so far, which dwarfs the €319 billion ($330bn) of Russian funds blocked by the EU. The assets would only be unfrozen after anti-Russia sanctions are lifted, to be paid in compensation to Ukraine, the official stated.

Top Russian officials, including President Vladimir Putin, have criticized the freezing of assets by the US and its allies, including the EU. At first, they devalued national reserves denominated in dollars and euros through inflation, and later "pawed and pocketed" them, Putin remarked in October.