"Members of Bihar Maha Gathbandhan can befriend anyone for power": Shahnawaz Hussain after Bihar CM holds meeting with Aditya Thackeray 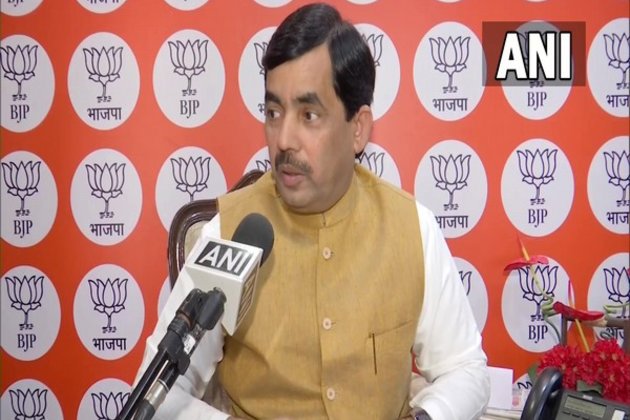 Shahnawaz Hussain said, "The members of Bihar grand alliance (Maha Gathbandhan) can befriend anyone for power."Shahnawaz Hussain also took a potshot at RJD Chief Lalu Yadav saying, "The ones, who stayed one arm's distance from Balasaheb Thackeray's Shiv Sena, are now establishing a friendship with them. People of Bihar are seeing that the members of the grand alliance can go to any extent for power.""Lalu Yadav never liked Shiv Sena. They have been opposing Balasaheb Thackeray for years, but today have become friends. The people of Bihar now can see that the RJD can even join hands with Shiv Sena for power," Shahnawaz Hussain said.

"RJD will have to tell what message Lalu Yadav wants to give by adding a saffron to his green flag. Earlier Lalu Yadav used to say that he will never compromise with BJP and Shiv Sena," he added.

Reacting to Richa Chaddha's comment on the Galwan clash 2020, BJP national spokesperson said, "The Indian Army taught a lesson to China in the Galwan Valley and their graves are still there. The Indian army was praised all over the world after that, but there are some people in India who are pointing fingers at the bravery of Indian soldiers, Richa Chaddha is walking on the path of Rahul Gandhi and Congress workers. Everything can be tolerated but an insult to the Army can't be tolerated."On Wednesday, Richa had reacted to Northern Army Commander Lt General Upendra Dwivedi's statement that the Indian Army is ready to execute any orders on taking back Pakistan-occupied Kashmir (PoK).

Lt General Dwivedi's statement was made with reference to the Defence Minister's previous address in which he reiterated New Delhi's resolve to take back Pakistan-occupied Kashmir (PoK), saying all refugees would get their land and homes back.

Lt General Dwivedi said, "As far as the Indian Army is concerned, it will carry out any order given by the Government of India. Whenever such orders are given, we will always be ready for it."Sharing the statement, Richa took to her Twitter handle and wrote, "Galwan says hi."As soon as she tweeted this, people slammed her for allegedly insulting the army by talking about the 2020 clash between India and China. (ANI)